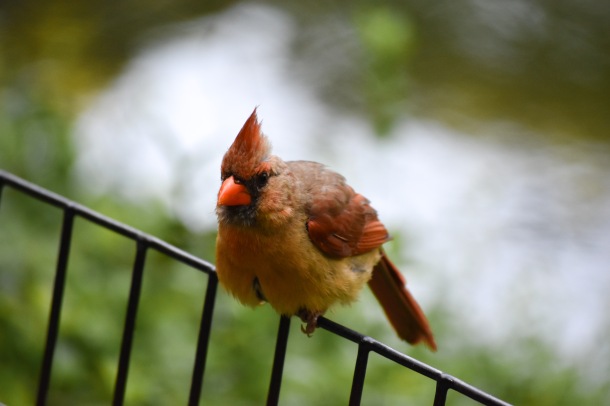 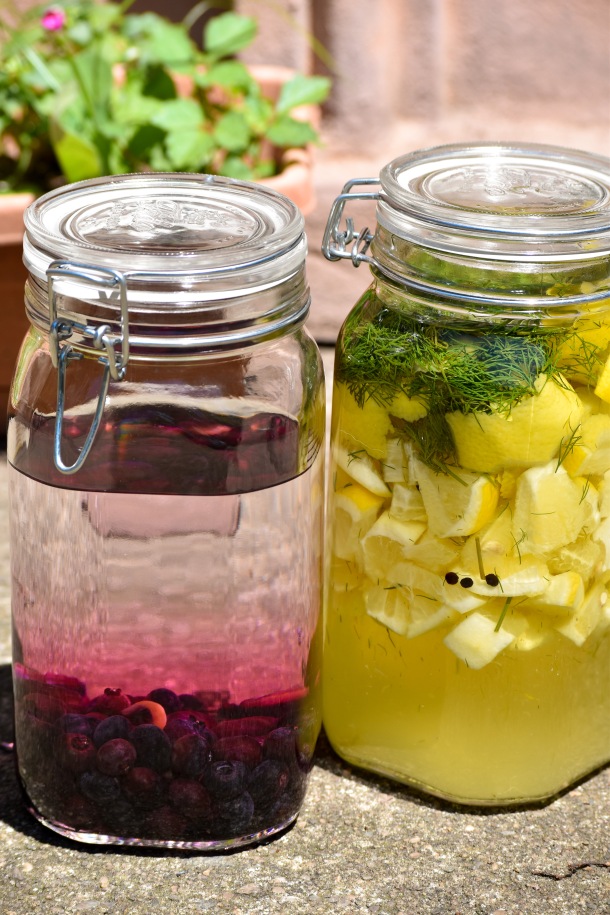 Yesterday, I infused potato vodka two different ways in order to make aquavit.
On the left we have a Blueberry Aquavit.  It will be mixed with a a bit of simple
syrup after 6 to 8 weeks of infusion time.  On the right, we have a lemon, pepper, and
dill aquavit which is the more traditionally Scandinavian of the two.
In late August or early September, I will strain out the solids and then pour the
remaining liquid back into the original bottles.  Aquavit should be served ice-cold and
preferably in shot glasses.

Fireflies, misplaced in December’s frost, beam in the distance,
beckoning small raving robotic feet towards them.

A jig, a gallop, and sometimes a lilt, followed and not understood,
around a taciturn pony, small in stature with a vivid coat.  He
cannot hold them forever.

Weighty and faded gilt stars rise high in the air, reflecting the
prayers of the public who witness their passing with quiet
anticipation.

Wavering flames encased in snowballs, cracked with crystal,
herald the beginning of the end.  Modest though they are, they
too will lead us out of winter shadows.

Massive wooden doors gingerly part to reveal burning saffron
crowned in youth’s ephemeral glow and a rill of fire flows
through the tabernacle.

White wax engages in a one-sided game of tag with the star
swan’s vulnerable neck, hoping to summon it and its brethren
towards the tendrils of Spring’s solace.

Outside, snow falls against scarlet gates.